Woodrow Wilson came up with 14 points
Made for american people to justify war
presented at the Paris peace conference
MOST IMPORTANT ONES:
Otlawing alliances: ( tripple entente, tripple alliance) he wanted to get rid of them, all countries in one alliance
Freedom Of the Seas: today there is international waters, water doesn't belong to any country
Free Trade: no tariffs or Taxes
Disarmament: he wanted to take out number of guns and military in world
Return of Russian territory held by Germany: he suggested to give back to Russia
*** Formation of the League of nations( collective security): more countries involved in this the less likely they are to fight. League of nations was not going to include all the countries of the world.
-Self determination: All small countries becoming independent 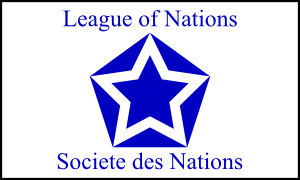 "Tolerance is an admirable intellectual gift; but it is worth little in politics. Politics is a war of causes; a joust of principles."- Woodrow Wilson