Anti-semitism and the Holocaust

from 1933-39 Hitler enabled Anti-Jewish Laws which forced Jews to register and wear the Star of David. This further forced Jews out of careers and homes, prohibited marriage between Jews and non Jews, and finally stripped them of their citizenship. jews could then be prosecuted and accused without any investigation or a case, and be sent to work camps. France was just as anti-sematic as Germany at the time surprisingly, other countries saw what Germany was doing and thought nothing wrong of it.

Josef Goebbels was the propaganda minister and was one of the most powerful men in the Nazi party who promoted the Aryan Race which essentially was sought after as a superior race, blue eyes and blonde hair.

July 1941, this was the final extermination of the Jewish race with a priority. Gas chambers became popular at this time, and made famous places such as Auschwitz.

Holocaust refers to as a burnt offering or destruction by fire prior to WWII. The first reports to the west of the Holocaust were in January of 1942 when the New York Times reported that 100 000 Jews had been machine gunned to death by the Baltic States. 3 years later, Auschwitz was discovered. In total, 6 million jews were killed in the Holocaust.

Hitler enabled the anti-Jewish laws that forced the Jews to wear the starts of David. This forced jews out of their careers and homes and prohibited marinates between the Jews and the non-jews and finally stripped them of their citizenship. France was also anti-Semitic as Germany at the time surprisingly. Other countries thought nothing wrong  of it. 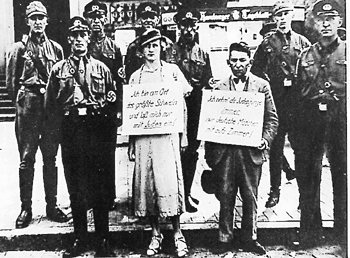 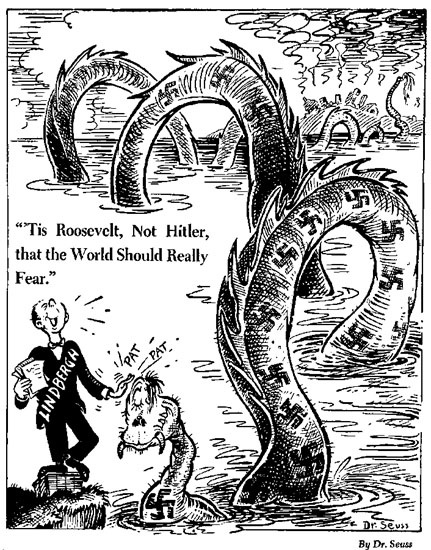 "I do not see why man should not be just as cruel as nature."
Adolf Hitler