The beginnings of Hitler

1923 munich beer/hall Putsch
it was the beginning of the nationalist socialist party ( later to become NAZIS)
They wanted to overthrow the Weimar republic ( Hitler fires up drunken crowd)
They come back the next morning to overthrow the city but only 500 people show up and they are stopped by the police.
-was supposed to be like musollinis march on Rome
Hitler was in ludendorff prison

While in prison Hitler wrote a book called Mein Kampf ( my struggle)
his books blames everything on the jewish race
talkes about his plans for the next 20 years
talks about treaty of versailles, being anti-communist
all this stuff was mandatory to read when Hitler came to power, and he successfully did all these things :(

Hitler began his rise to power in 1923. This was the beginning of the NAZIS, and they wanted to overthrow the Weimar Republic. Hitler fires up a drunken crowd and expects that everyone would return the following morning. Nonetheless, only 500 people show up and Hitler is put in the Ludendorff prison. During his time in prison, he writes a book titles "My Struggle". He made this book mandatory to read for everyone, and when he came to power he successfully achieved everything he had written in his book. 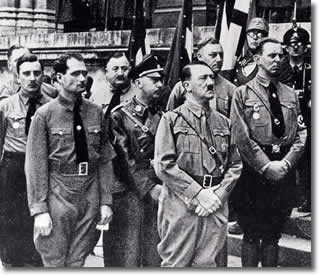 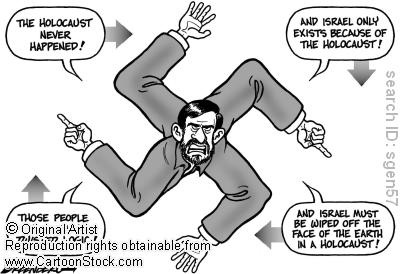 "All propaganda has to be popular and has to accommodate itself to the comprehension of the least intelligent of those whom it seeks to reach. "
Adolf Hitler