1935 Hitler introduces conscription in Germany
France, Britain and Italy from the stress front to condemn Hitler's actions
1935 mussolini signs naval agreement with Hitler
March 1936 Hitler remilitarizes the Rhineland ( industrial area that france had been in)( breaking the Locarno pact)

British do nothing and warn Schuschnigg not to cause trouble
The french won't do anything without the british
Italy was the only objection, but mussolini gave his approval
Hitler to Mussolini, "Never, never,forget this, no matter what happened."

Neville chamberlain and the munich agreement

Mussolini steps in with a four power conference in Munich.
Benes resigns in favour of Emil Hacha who agrees to annexation
Meville chamberlaine proclaims "Peace for our time"
Hitler still recognized Slovak-state - moved in German troops to "protect" it
Hacha visits Hitler in March 1939
-gives up Czech independence

Hitler introduces conscription in Germany in 1935, France Britain and Italy condemn Hitlers actions. Hitler and Mussolini then sign a naval agreement, and in 1936 Hitler remilitarizes the Rhineland. Versailles unified Germany and Austria, and in 1934 the Nazis assassinate the Austrian chancellor called, "The Dolfus affair". In 1938, Hitler called on the new chancellor Schuschnigg to resign. In march of 1928, the German troops roll into Austria. The reaction to the appeasers was nothing. The British do nothing and warn Schuschnigg not to cause trouble. Italy objected, but Mussolini gave his approval. Benes resigns in favour of Emil Hacha who agrees to annexation. Hitler still recognizes the Slovak-State, and Hacha visits Hitler in March of 1939. 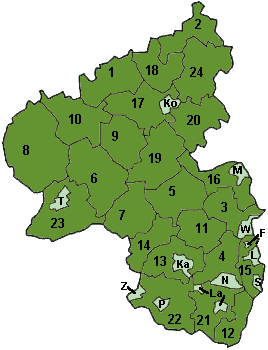 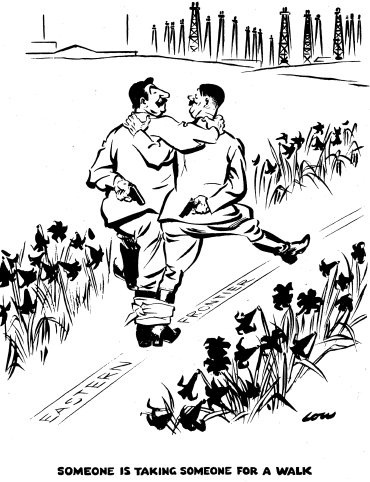 "As a Christian I have no duty to allow myself to be cheated, but I have the duty to be a fighter for truth and justice. "
Adolf Hitler