socialism on one country

lenin was shot in 1921- never fully recovered
dies in jan 1924
his death left a big vacuum of power, he was remembered as a hero.
power struggle between stalin and trotsky
"guns or butter" debate= heavy industry or consumer goods?
this debate lasted three years = stalin was successful
stalin controls a position called general secretary - a position where you get to appoint all the other member of the communist party. he picked people who were loyal to him. he also had control of the propaganda. he tried to make trosky look bad.
trotsky controlled the army
anyone who spoke out against communism they expel.
stalin expels trotsky form soviet union
later put on trial for abstention for treason
hunted down and assassinated in mexico city in 1940 ( ice pick)
stalin follows "socialism in one country " slogan
quote means he wanted to make soviet communism as strong as it could be before spreading in out to the world
stalin had a lot of people supporting him so anyone who spoke out against him was killed or went to prison

Summary: Lenin was shot in 1921 and proceeded to die in 1924 because he was never fully able to recover. This left Stalin and Trotsky who both wanted to take Lenin's place and they began an intense power struggle for the job. The debate between them lasted three years and was named ," Guns or butter" debate. Stalin eventually wins the debate and expels Trotsky from the Soviet union, and he is later put on trial for treason. Stalin killed, or sent people to prison who spoke out against him. 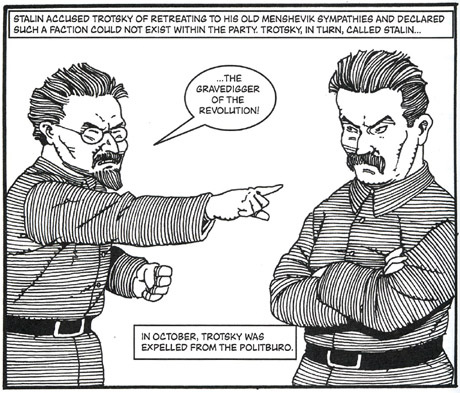 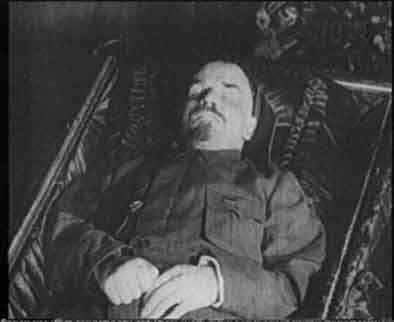 "When one makes a Revolution, one cannot mark time; one must always go forward - or go back. He who now talks about the "freedom of the press" goes backward, and halts our headlong course towards Socialism."
Vladimir Lenin