*Dec. 7th, 1941 - Attack on US Naval Base in Hawaii
*Not intended to put USA into war
*They thought U.S would be too "Soft" to reclaim that territory
*Objective: sink and immobilize U.S Battleships and carriers
*Eight battleships were damaged, two were lost and three were absent during the raid
*It almost succeeded
*Were not going to declare war on Germany
*Only started war because Hitler declared war on the Americans 3 days later

The attack of Pearl harbour took place on December 7th 1941, attacking the US naval base in Hawaii. This attack was not intended to put the USA into war, the objective was to sink and immobilize the U.S battleships and carriers. Eight battle ships were damaged, two were lost and three went absent during the raid. It was almost successful, however they were not going to declare war on Germany. This only started because Hitler declared war on the Americans 3 days later. Some of the Japanese failures were that the oil depots were not destroyed, the aircraft carriers were absent and the submarines were not destroyed. 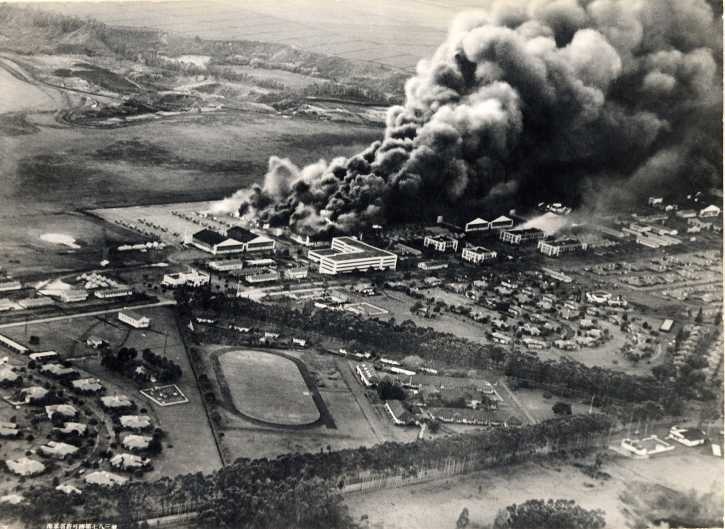 Make the lie big, make it simple, keep saying it, and eventually they will believe it.
Adolf Hitler