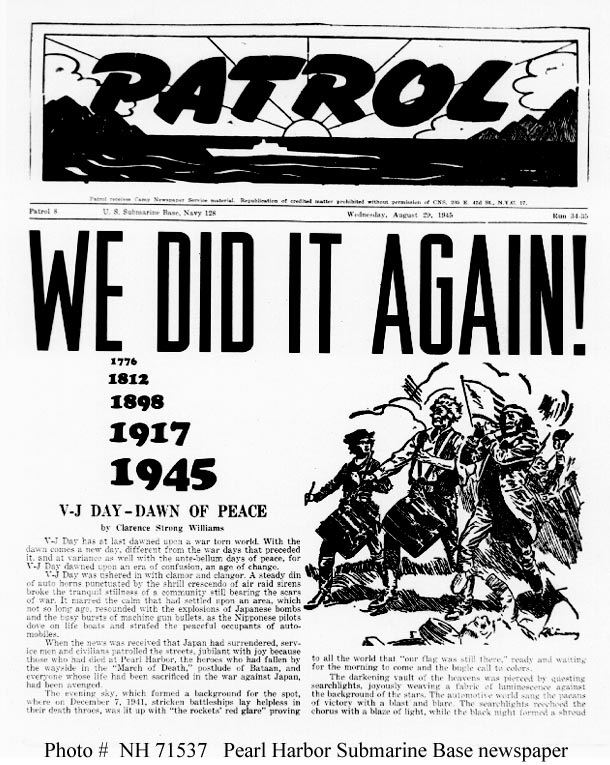 *U.S. President Harry S. Truman decides to drop the Atomic bombs on Hiroshima 6 Aug. 1945 and Nagaskai 9. Aug. 1945
*Almost 100,000 died instantly in Hiroshima
*Aug. 8th Soviets declare war on Japanese as well because they want the spoils
*Aug. 9th almost 70,000 killed in Nagasaki
*Radiation kills many more
*Emperor goes on air to tell Japanese they must to the unthinkable and surrender
*He is a living god
*Only one that could make a decision
*Enemy has come up with a weapon so strong that they can not fight against
*Aug. 15th V.J. Day
*Soviets fight until Aug. 30th in Sakhalin Islands 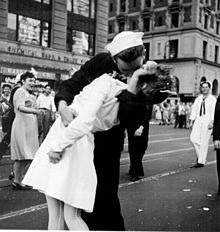 Victory over Japan day was the official ending of the war.  The emperor decided to do the unthinkable and surrender to the Americans due to the atomic bombs that President Truman decided to drop.