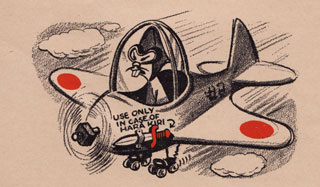 *At the same time as Pearl Harbor (Dec. 1941) the Japanese attack, Philippines, Hong Kong, Singapore and Dutch East Indies (oil)
*Battle of Coral Seas (May, 1942)
(First Battle where aircrafts carriers do not see each other)
*Battle of Midway June, 1942 Japanese lose 4 carriers to U.S. 1
*A process of Island Hopping Begins in the Pacific (Guadalcanal)
*Battle of Leyte Gulf (Philippines)
Oct. 1944 (Largest naval battle ever in History) Japanese lose half of their remaining fleet and 4 more carriers (Kamikazes begin)
*First time kamikaze attacks are seen
*Commit suicide - using your plane as a missile
*Not all islands were taken only big ones
*Ones that were skipped had guys who had been forgotten who would come out of jungle still thinking war was on 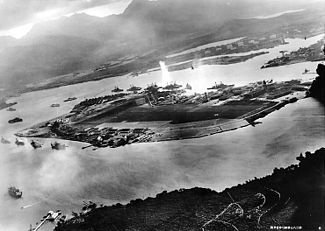 After the attack on Pearl harbour the Americans decided it was time to join in now that they were being affected.  They hit the Japanese hard taking over only the bigger islands and leaving the smaller ones, this was called island hopping.  Japanese Kamikazes were a whole new type of warfare for the Americans and very challenging to flush them out of their hideouts on these small tropical islands.